Before that night when I sat down at the Soho House for the screening of the film “MR. CHURCH”, I had spoken with Susan McMartin just once. During the Tribeca Film Festival we had a conversation on the phone regarding the script she had written ten years earlier becoming a film with such a huge star as Eddie Murphy as the protagonist.

On the phone I had already gotten a glimpse of a special person and a gifted writer, but I wasn’t ready for what happened that night in that exclusive screening room when the lights went off and the opening credits of Mr. Church started to scroll down the screen.

Almost immediately I was emotionally gripped in the story of a little girl, a sick mother and the man sent by an old lover to cook for them until the mother’s death.

From the start you sit in the inevitability of death thinking that nothing will color that sadness that floats in the air in the tiny apartment where the two women live.

Instead, the characters surprise us, offering us a continuous invention and re-invention of their daily emotional and life routine, and we fall in love with the extraordinary, wise character of the daughter, with the intensely beautiful, romantic figure of the sick mom and with the catalyst, pouring out love, the mysterious man, the cook.

A cook who is there not just to cook, brilliantly well, but to nourish, contain, address and color the fragile, precarious emotional balance of these two women’s lives.

That moment when we felt that the family we came from was the solid ground that will never quake under our feet and will never let us down.

For me, who never had that, and for whom that was and still is the quest of my life, this love that permeates and exudes from the entire film saddened me, but also exalted me because that is what I want for me and the people around me. Mr. Church is the person I want to be, the person I want to find.

We understand that Mr. Church is seen through the eyes of a child. So everything in him is amplified. His meals are special, his music is the beat of the pulse of the house, his love is unconditional, a forever love.

We know that those eyes are Susan McMartin’s eyes. The writer of Mr. Church is telling us her own story. She recreated for us the emotional turmoil she went through during her difficult, complex, rich young life when she experienced suffering, solitude, loss but also joy, knowledge, music, freedom and most of all love. Lots of love. Through Mr. Church she discovered books, she experienced respect, she learned how to love and to accept being loved in return. 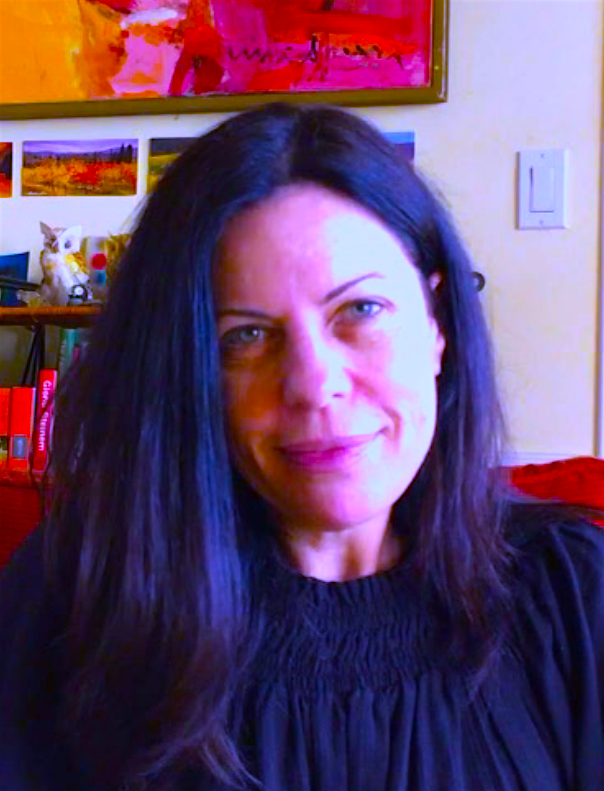 One of Women Occupy Hollywood’s goals is to promote women’s exploration and discovery of their own voices as writers, directors and creators. One of my mantras when I talk to young filmmakers is “Find Your Voice”.

Susan McMartin is a perfect example of that. She is in complete command of her voice. She not only found it at young age, but she cultivated and cherished her voice, her own specific, original voice, all her life.

As she reveals in the interview, when she felt that she lost track of her own voice she immediately went back to it because that voice is what she was, that voice is who she is.

Her voice is her identity. Her voice pours out directly from the core of that difficult childhood, from the hard life as a single mom, from the fears of tough unemployed times as writer in Hollywood. Her unfiltered voice comes up from those places and she wears them in her life and in her writing, like a medal, with pride.

This story, told from the eyes of a girl who even when she grows up still has the same candor, gives us permission to see life with the innocence we lost. The film reminds us who we are.

I cried throughout the film, agitated by different emotions, by what is lost, by the nostalgia of what it was, by the imperfection of what it is, but also filled by a strange sense of hope about what it can be.

What our life can be if we look at it with those innocent eyes we all once had.

Mr. Church is not just a film, it is an experience. An experience that I suggest to everybody! Cynical souls, lost souls, happy souls.

Superbly interpreted by a restrained, perfect Eddie Murphy in a tailored-made role, a truly Oscar worthy performance, by the extraordinarily sensitive actress Britt Robertson and the beautiful, romantic free-spirit Natascha McElhone, MR. CHURCH is classically rendered on screen by the generous, respectful Australian director Bruce Beresford, and produced by, among others, the visionaries Mark Canton and Courtney Solomon.

A message for them! We want a SEQUEL! I’ve never said that before, this is the first time! WE want to know more about Susan and the second/third part of her life!

Please listen to the interview I had with Susan McMartin, the creator of this beautiful miracle of love, about her film, her writing career, her life and women in Hollywood.